Our 2020 Strides For The General Patient Ambassadors are sharing their stories about the remarkable care they received at Hamilton General Hospital, including the Regional Rehabilitation Centre. We hope these stories inspire you to register and fundraise! 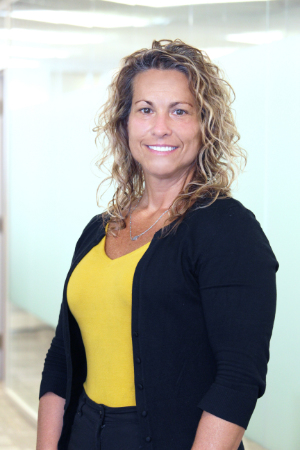 As the Manager of Research Development & Relations at Hamilton Health Sciences, Daniela Bianco is well acquainted with the leading-edge work conducted across the hospital sites. But after suffering a heart attack while at the gym in July 2018, Daniela experienced the exceptional level of care as a patient.

“My initial symptoms didn’t fit the typical heart attack profile,” says Daniela. “They escalated as I was wheeled through the Emergency Department at Hamilton General Hospital. I wasn’t even 50 years old, but I honestly didn’t think I was going to survive.”

Time was of the essence. In the Heart Investigation Unit, a blood clot was removed and a stent (a wire-mesh tube) was inserted into Daniela’s artery to restore blood flow to her heart. This minimally invasive procedure saved Daniela’s life.

“I feel very blessed to live in Hamilton because I was at the right place, at the right time to receive the right care. I am alive because of the clinical expertise of the health care teams at Hamilton General Hospital. I know their ability to help patients is supported by donations, so I encourage anyone who can to make a donation and help more patients like me.” 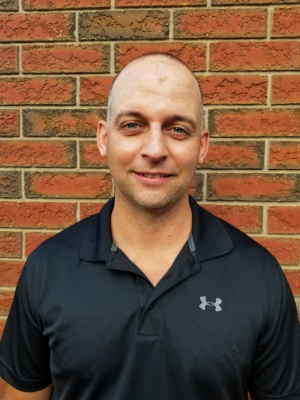 In July 2019, Captain Charles Madder of the Hamilton Fire Department arrived at Albion Falls with fellow members of the High Angle Rope Rescue team. As they prepared to descend the gorge in search of lost hikers, the rock platform under Charles’s feet collapsed. He fell 20 to 30 feet, hit another platform, then landed face-first at the bottom of the cliff.

The fire department raised Charles up from the ravine and paramedics rushed him to Hamilton General Hospital, a leading provincial trauma centre. He had extensive facial injuries, his skull was shattered and his brain was bleeding.

The brain bleeds stopped on their own, but Charles required emergency surgery to remove his upper-right sinus, add plates to his forehead and reconstruct his nose using bone fragments.

After being discharged, Charles was referred to specialists in the Acquired Brain Injury Program at the Regional Rehabilitation Centre, including an occupational therapist and a psychologist. No longer in acute care, Charles is focused on recovering both physically and emotionally. Grateful for the care he received, he sees each new day as a gift. 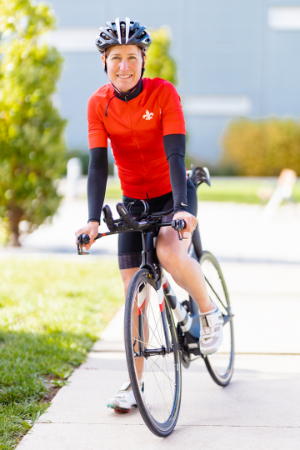 Shelley Wickenheiser regularly competes in Ironman triathlons, which are regarded as one of the most difficult races in the world. But on one sunny day in September 2018, Shelley’s future in sports was jeopardized when she was struck by a car while riding her bicycle.

At Hamilton General Hospital, she required casts for her broken arm and ankle, stitches for the cuts on her face and minimally invasive surgery for her fractured vertebrae. One of her biggest motivators for recovering was being able to participate in physically challenging sports.

After nine months of physiotherapy and rehabilitation, Shelley competed in a half-Ironman triathlon in June 2019 and beat her previous recorded time. Nearly a year after her accident, Shelley participated in Strides For The General and was the year’s top individual fundraiser. In December 2019, she competed in a full-Ironman triathlon.

“The trauma unit is one of the best in the world and there’s only so much they can do on government funding alone. That’s why it’s important that the community donates to The Foundation to enhance the care that the trauma team provides.”