The Jersey Girls: A Fundraising Tradition for Cancer Care

Cancer has affected Shannon Revill in more ways than one. Although Shannon has never been diagnosed with cancer herself, she has felt the devastating impact of the disease through loved ones.

“My grandmother passed away after a journey with cervical cancer when I was 16,” recalls Shannon. “And my mother was diagnosed with breast cancer a few years ago, but thanks to the great care she received at Juravinski Hospital and Cancer Centre, her cancer is in remission.” 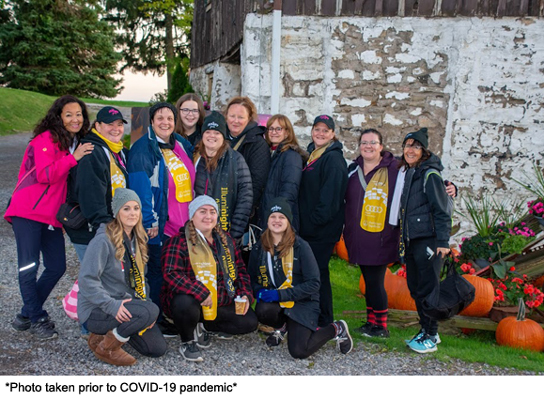 In 2011, Shannon started thinking about ways she could raise money to support cancer care for other patients and families in the region.

“I wanted to make something positive out of a negative after my grandmother passed away,” explains Shannon. “I realized that everyone is touched by cancer in one way or another and I wanted to help other families dealing with cancer.”

With a closely knit group of friends, Shannon formed a team that could fundraise and support cancer-related charities.

“We nicknamed ourselves the ‘Jersey Girls’ because we’re from Jerseyville and some of us are even dairy farmers.”

The following year, the Jersey Girls rented a church and held a fundraising spaghetti dinner to raise money in support of cancer causes. Thus began an annual tradition that has snowballed in popularity.

Their first spaghetti dinner, which raised $600, was a wonderful success. When the Jersey Girls decided to hold another spaghetti-dinner fundraiser the following year, it was even more successful.

Starting in 2015, the Jersey Girls began to fundraise specifically for Juravinski Hospital and Cancer Centre Foundation. The annual spaghetti dinner was a fun and inspiring way to honour her grandmother’s memory and support cancer care in south-central Ontario.

“Every year, the dinner became more popular and raised more money,” says Shannon. “Soon, we had to rent the entire hall at the Ancaster Fairgrounds because so many people wanted to participate.” 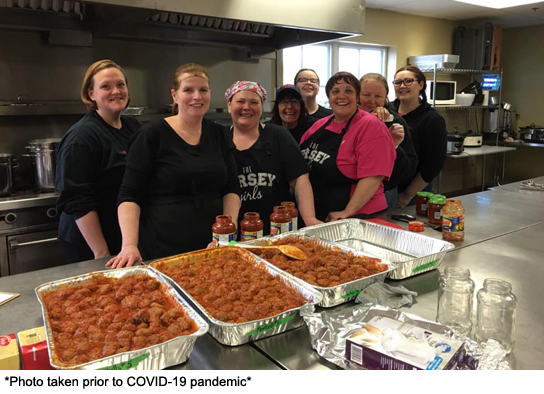 In 2018, the Jersey Girls participated in the first annual Illuminight fundraising event – a magical evening of friendship, food and fun under the stars to celebrate all of our journeys with cancer.

“It’s inspiring to see people from communities throughout the region come together for this great cause,” says Shannon. “We’ve been proud to fundraise for Illuminight every year since.”

Through their fundraising activities since 2015, the Jersey Girls have raised more than $60,000 in support of Juravinski Hospital and Cancer Centre Foundation.

Because of the pandemic, Illuminight will be a virtual event in 2021. But that won’t slow down the Jersey Girls, who recognize the ongoing need for fundraising and are supporting the event with renewed dedication and vigor.

This year, Shannon will represent her fellow Jersey Girls as one of Illuminight’s official Ambassadors.

“I’m truly honoured to be an Ambassador for this year’s event,” she says. “The Jersey Girls are determined to make a difference in the lives of patients and families on the cancer journey, and we hope to inspire others to participate and fundraise as well.”

Nothing felt quite right. During winter 2019, Tom Hilditch of St. Catharines became uncharacteristically moody and he started to experience frequent nausea and dizzy spells.

“Then half of my face went droopy one day, like Bell’s palsy,” recalls Tom. “After a short time, my face went back to normal again. That’s when I consulted my physician to get to the bottom of things.”

A CT scan at his local hospital revealed the presence of a tumour in his brain. Tom was diagnosed with central nervous system lymphoma (CNS).

“I was told that CNS was a potentially curable type of cancer, which gave me hope,” says Tom. “I kept telling myself that it wasn’t my time to go yet because I had too much to do in life.” 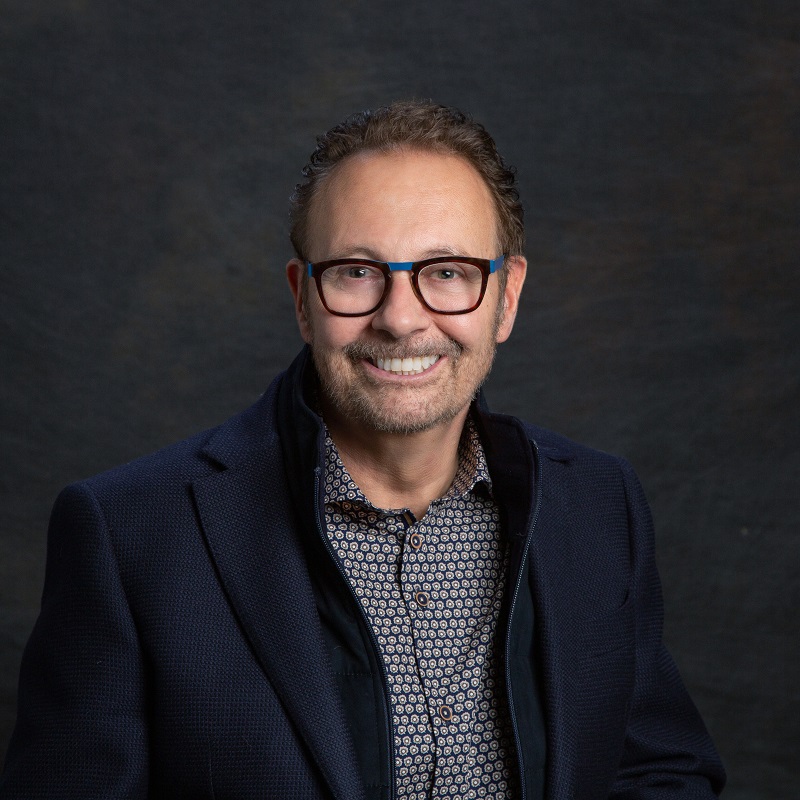 Tom underwent brain surgery at Hamilton General Hospital, where surgeons were able to remove about 90 per cent of the tumour. This was followed by four rounds of intensive chemotherapy at Juravinski Hospital and Cancer Centre, where his oncology team closely monitored his condition.

When Tom visited the Hospital for an appointment on Christmas Eve 2019, he received the best holiday gift he could ever ask for.

“Testing revealed that my cancer was in remission sooner than expected, which was wonderful news.”

Tom was given the option to undergo a stem cell transplant as a precautionary measure to reduce the chances of the cancer returning. After deciding to proceed, he began another regimen of chemotherapy to prepare his body for the procedure.

“This round of chemo was the physically hardest part of the whole experience because it made me feel so ill, but I realized it was a necessary part of my care,” explains Tom. “My own stem cells were harvested and used in my autologous stem cell transplant, which proved to be successful.”

More than a year and a half after his transplant, Tom’s cancer is still in remission.

“I’m actually in better shape than I was before my cancer treatment,” he says. “I lost 40 pounds during the whole ordeal and the weight never came back. I have more energy than ever and I run 6K every day.”

Thanks to the care he received at Juravinski Hospital and Cancer Centre, Tom has a new lease on life.

“My cancer experience has awakened something inside of me. It has brought into focus what’s really important in my life – my family, my community and the various environmental and social issues I’m most passionate about.”

Tom has also written a book called Becoming an Enlightened Consultant, which draws upon his life-changing journey with cancer. A portion of sales will be donated to Juravinski Hospital and Cancer Centre.

“The care I received was astonishing,” he says. “I’m forever grateful to the amazing health care workers who helped me every step of the way.”

Life with Lymphoma - Helping Others by Giving Back

“I kept falling over and I didn’t know why.”

In March 2018, Mike Flaherty from Dundas began to have trouble walking. He would lose his balance and start veering to the right no matter how hard he tried to walk straight.

Mike visited Hamilton General Hospital, where scans revealed a mass growing in the left frontal lobe of his brain. A surgical biopsy was conducted, which led to a devastating diagnosis – he had a rare and aggressive form of non-Hodgkin’s lymphoma. 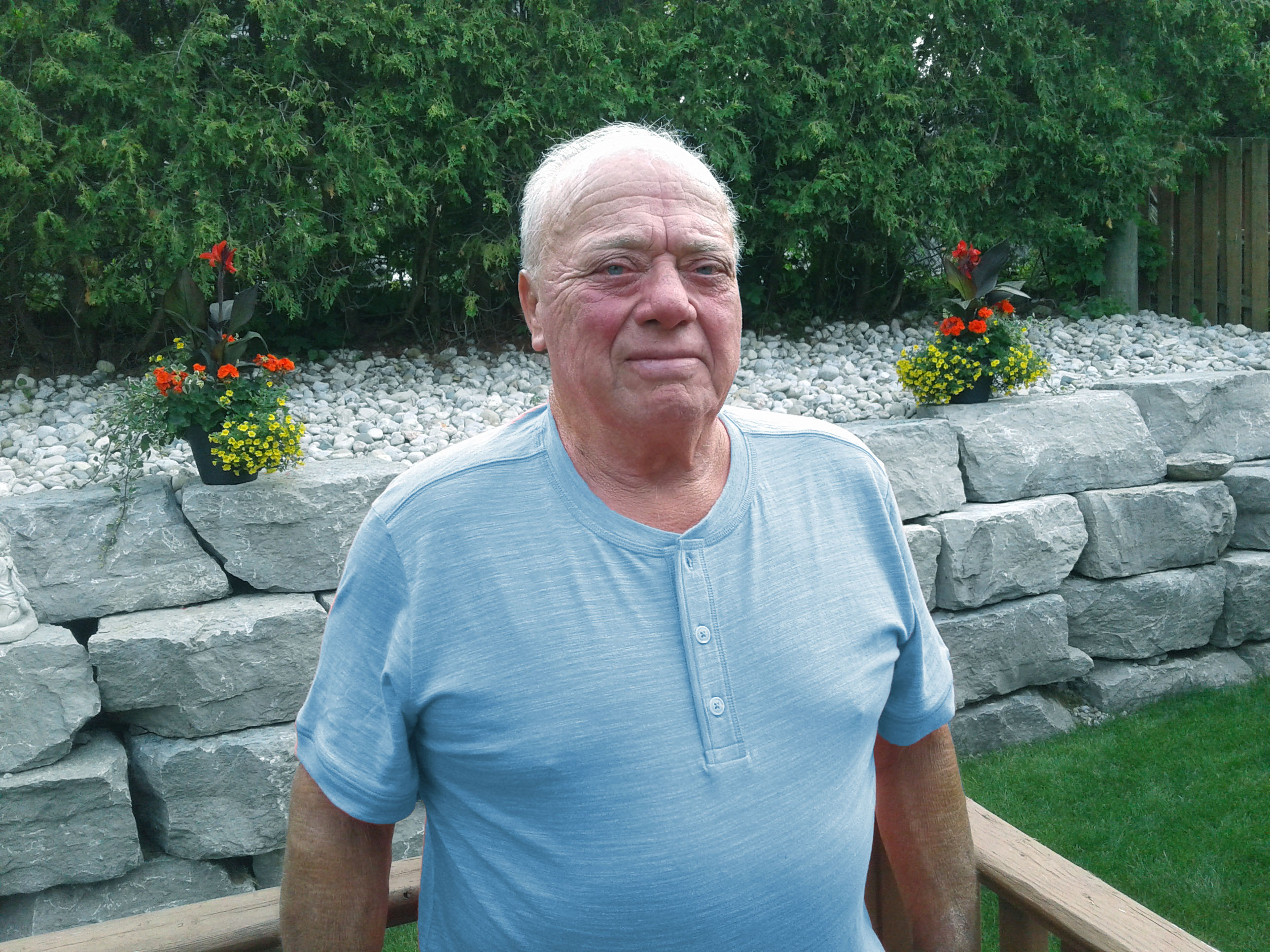 After the surgery, Mike awoke to a surprising discovery.

“The whole right side of my body was paralyzed,” recalls Mike. “I was worried that it was permanent and my life was essentially over. I like to be busy and outdoors all the time, so being paralyzed in the hospital was very distressing.”

“My physiotherapy continued at the Hospital and my condition continued to improve,” says Mike. “I slowly regained the use of my right hand and right leg. When I realized that my paralysis wasn’t necessarily permanent, I became more determined than ever to get better.”

When it was determined that surgery was not a viable option for Mike’s type of cancer, he began a regimen of intense chemotherapy.

This was followed by a stem cell transplant in July 2018, which involved collecting healthy stem cells from his body, using additional chemotherapy to eradicate all remaining traces of the cancer, then reintroducing the stem cells into his system so they could replicate.

Mike is grateful to have his cancer in remission and he is living life to its fullest every day.

“I need to use a walker for balance, but I’m very active with woodworking projects in my garage,” he says. “Woodworking has been good therapy, and I enjoy making everything from charcuterie boards to children’s Adirondack chairs.”

On July 17, 2021, Mike and his wife Kathie held a woodcraft sale at their Dundas home and raised more than $13,000 for Juravinski Hospital and Cancer Centre Foundation.

“This was a way I could help other patients and express my gratitude for the excellent care I received. Although I had many setbacks, my team never stopped fighting alongside me. Thanks to their compassion and expertise, I’m enjoying my time with family and moving forward in life.”